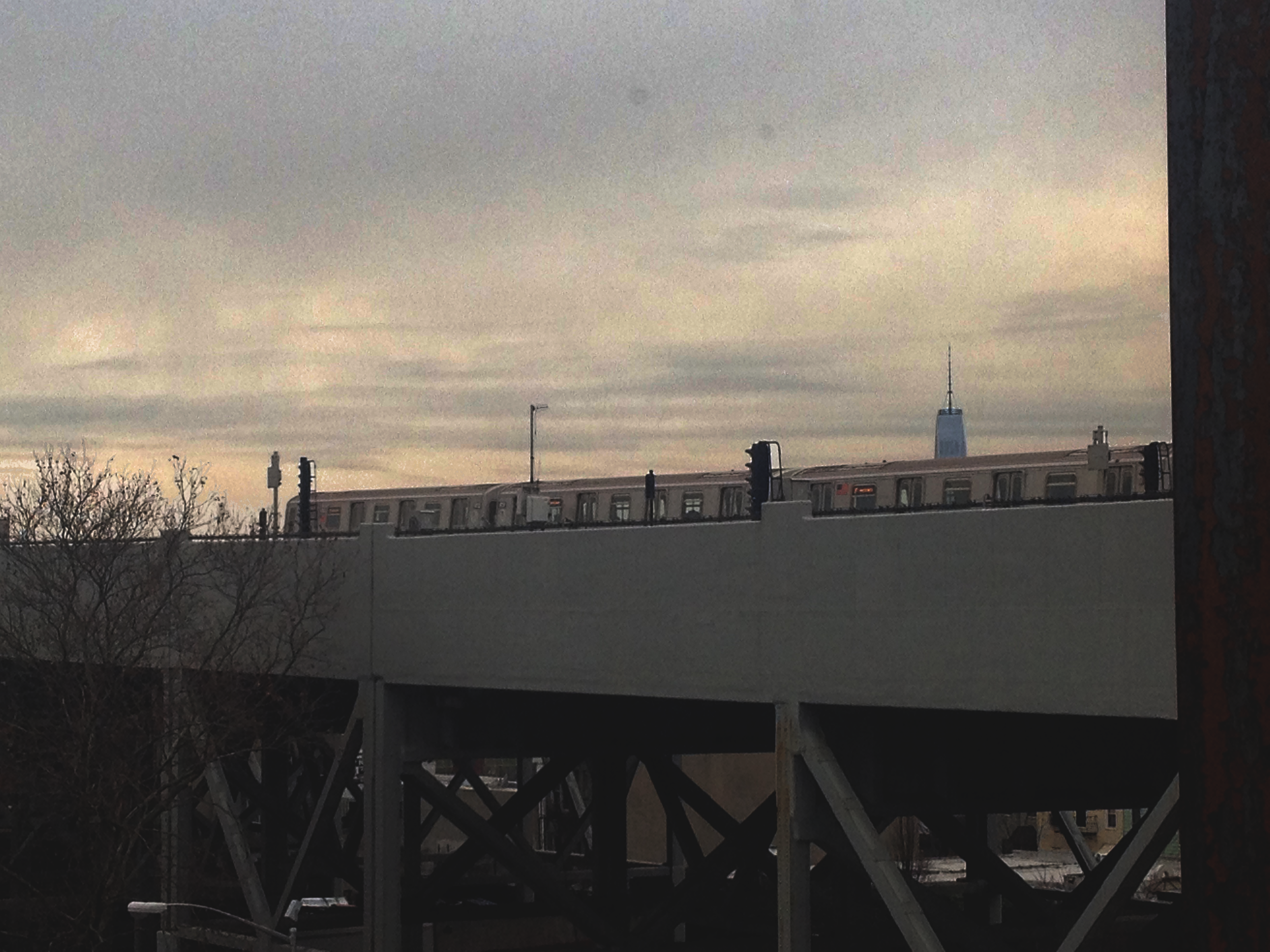 It’s eight o’clock in the morning in Brooklyn. There’s a painted grey blanket of sky over the city. Gulls, pigeons, sparrows, airplanes hang in the air. A husky man in his mid-thirties wearing a windbreaker jacket and a Mets hat walks his chocolate Labrador down the sidewalk. Cars stream over the bridge into Manhattan. I place my foot up on the radiator as I look out the window. The Freedom Tower, rending the sky where the World Trade Center once stood, domineers the downtown skyline across the river until the F train lumbers into the above- ground station across the street to block all but the highest spire from view.

To think that fifteen years ago those buildings fell. To think that fifteen years ago someone could have stood in this exact spot and watched an inky black tongue of smoke flutter dazedly from the gaping jagged maw of smashed steel, spitting flames and bits of burning cheap carpet. To think if they stood here & watched in silent horrified awe for long enough at the absurd tragic consequences they could have seen the second plane come in to give everyone wondering, “how could this happen?” a sick, macabre instant replay.

To think that fifteen years ago I was a small child in a classroom told by a despondent, grief-stricken teacher about an act I didn’t understand, I couldn’t understand, no one will ever fully understand; that I knew nothing about what the world could contain, all the beauty & wonder of a sunshine blue sky & the terrible strangeness of an artificial cloud of black to disfigure it. I may not have comprehended that day but the world was older than me, the world felt the earth shake, the world saw the falling bodies wrapped in business suits, the world understood, or at least felt some inkling of the ramifications that would come of this.

That day I went to the playground for recess, just as a boy getting dressed now with his parents will, & if he glimpses that tower through the bus window on the way to school he’ll have no reason to look twice at it, he’ll look at it as he’d see any other brownstone apartment or the Empire State Building or the city itself or the Hudson River or the Atlantic Ocean: as eternal, as having existed since Creation, since the beginning of time. In time he’ll learn, but he’ll never remember; in time the world will learn, but there’ll be no one left to remember watching those buildings fall, trying to figure out the backward rationale of that day, realizing there was never anything to get.


* * *
This piece won First Prize in Multimedia in the McKinney Creative Writing Contest in April 2016, and was published in Statler & Waldorf.

Back to the top.